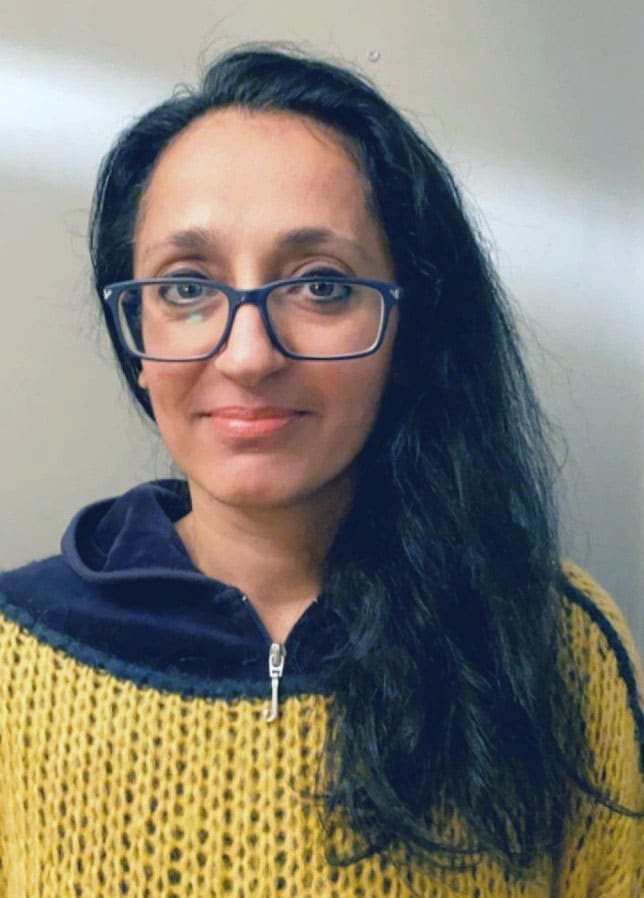 Mandeep Samra is an artist who works with sound and experimental digital art forms. She has also worked extensively as a developer and producer of arts and heritage projects locally, nationally and internationally for over 23 years. Her work has focused on the creative and cultural sector issues relating to diversity and engagement and on developing innovative arts and heritage projects that explore cultural identity.

Mandeep worked for Chol as a freelance artist before becoming part of the team in December 2020.

Mandeep thinks the engagement of young people from seldom heard communities in arts activity has always been particularly challenging as they often feel estranged from British history and their contribution has often gone unrecognised and unpublished in the mainstream. She believes it is important to engage young people from diverse backgrounds with their ancestral discovery so they feel some sense of fairness and equality within British society to appease their frustration with inequality and institutional racism otherwise their ideas can be entrenched in being marginalised/discriminated against and inferior to their white British counterparts.