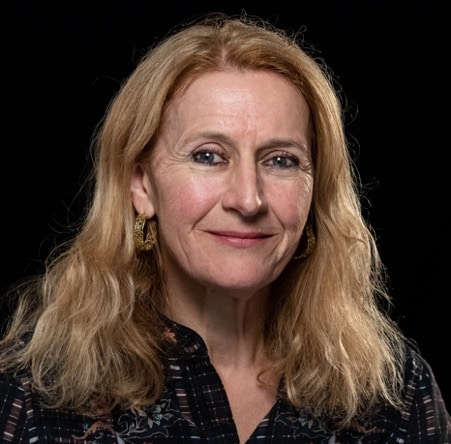 Deborah is a Creative Producer who loves making live theatre experiences happen in varied and unusual spaces from Chinese restaurants to car parks and roof tops. She believes that engaging with people and connecting communities through the arts can affect fundamental change.

Deborah has extended experience of working in theatre and producing productions of different scales from a show in a disused mill in Bradford to a performance at the Holiday Inn swimming pool in Bolton. Her roles have included CEO and Creative Producer at Freedom Studios, Associate Producer and Head of Creative Engagement at the Octagon Theatre, Bolton and she now works at Mind the Gap as Senior Producer.

She is passionate about artistic development and amplifying the stories and voices of everyone living in Britain's communities and was awarded a Writers' Guild Olwen Wymark Theatre Encouragement of New Writing Award in 2016.