Prepare to be jolted awake into the year 2052 for our LISTEN 52 final performance, as a group of young people in the future are initiated into Sheffield’s Mainframe.

You will join the annual honorary ceremony to witness this year’s new recruits being plugged in and switched off from individual expression. You will witness a significant glitch that could change not only the future, but also the past 30 years for Sheffield’s Youth.

Alex has been studying Drama and Contemporary Performance at Manchester Metropolitan University. He has been working with Chol as an Assistant Artist and hopes to help bring exposure to the arts, specifically theatre to those who would otherwise not get a chance to explore just how interesting and exciting it can be.

He is working with Chol across a number of projects but is very excited to be performing in Listen 52 as well as co-creating the script with the performance team.

Alfie’s has been working with Chol as a Young Producer Intern. His love for acting has grown, and he has developed his interest through gaining as much experience as possible and meeting new people within the arts sector. Alfie is going to be studying BA in Acting and Performance at Sheffield Hallam University this autumn to continue his career in the arts.

Caitlin has been working with Chol as a Young Producer Intern, she has just completed her GCSEs including Drama which has been her favourite subject so far. She is a passionate performer with extensive Acting and Dance experience.

Jasmine has previously worked as a Young Producer Intern with Chol during our Tall Shadows Programme. She is currently studying BA Acting at Sheffield Hallam University. She has been recently been cast in a number of short films this year. She is looking forward to continue her studies in September with a trip to Ohio as part of her course.

Jess has been working with Chol as a Young Assistant Artist. She has previously worked with Chol as a Young Producer Intern on the Tall Shadows programme. She has a passion for acting and just completed her Level 3 Qualification in Performing and Production Arts at Sheffield College. She is continuing her education with a BA in Acting at York St John University

Lauren previously studied at LAMDA prior to taking up a placement with the Lowry Theatre in Manchester where she has been working with young people, giving them an access route into the arts.

Lauren is enthusiastic about co-creating and working collaboratively with others, she has joined the Listen 52 team as Assistant Artist and is very excited to be working with Chol.

Marucia has previously worked as a Young Producer Intern with Chol during our Tall Shadows Programme. She is currently studying at the Arden School of Theatre in Manchester, which she is loving and learnt a lot at. She is excited for her second year which includes touring Shakespeare around local schools. She has recently been involved with an R&D project called Joy vs the World at 53Two working with Directors Simon Nailer and Winnie Southgate.

Carly is an artist and theatre director with a passion for discovering hidden stories and working collaboratively with communities to tell them. Carly enjoys being in the heart of community and working with people to create theatre that opens conversations about important issues in today’s society, bringing deeper connections to people and their communities.

Carly’s Chol journey began in 2015 whilst working on a Brontë inspired project where she worked with young women to express and unlock their creativity and make their voices heard.

Emma is a set and costume designer, trained at Wimbledon School of Art. Emma has been a regular design collaborator with a variety arts companies and organisations including Leeds Playhouse, The Theatre Company Blah Blah Blah, Fidget Theatre, Hidden Gemsand Alive and Kicking.

She has worked on a number of projects with Chol embracing our co-creating nature working in collaboration with young people as part of her role.

Zac is a Yorkshire based  designer for performance, working over an eclectic range of genres. Including; Theatre, Opera, Dance, Music, Exhibitions and installations.

Jessica studied at Rotherham College of Art and Technology after gaining a foundation degree in Science at Nottingham Trent University. She has worked on projects with the National Theatre, Ldot festival and variety of music venues, including a live broadcast for Jules Holland.

Jessica has been rapidly gaining experience as a Theatre Technician and Designer she is excited about working on this project with Chol.

Lauren Townsend is a Yorkshire-based creative producer working in theatre, live events, film and community arts. She has a commitment to engaging all communities in the arts and increasing diversity in the creative workforce is at the core of her practice and she is keenly interested in establishing cross-collaboration between mediums and art forms.

Sean is a Sheffield based Filmmaker with 19 years experience working in the UK and internationally.  He is passionate about telling stories, in particular working on documentaries, humanitarian/charity films, the arts and in local communities.

Sean has been involved in a number of Chol projects, working in collaboration with the Chol Core Team and Participants.

Lauren is an artist with over twenty years experience working in the creative sector. She is passionate about delivering work that helps to enrich the lives of the participants in many ways, including confidence building, producing creativity and educating.

Lauren began working with Chol in 2015, as a freelance artist and has been part of the core team since April 2018 working as a lead artist and project manager on a variety of projects. 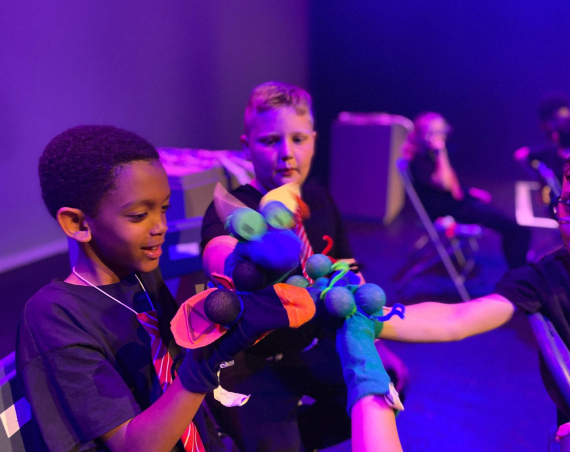 Stage Directions at The Lowry 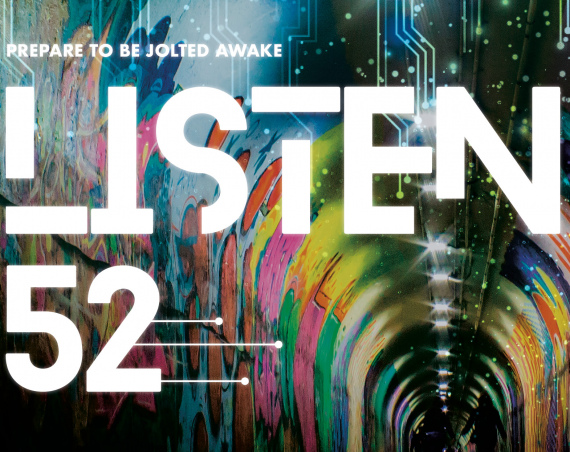